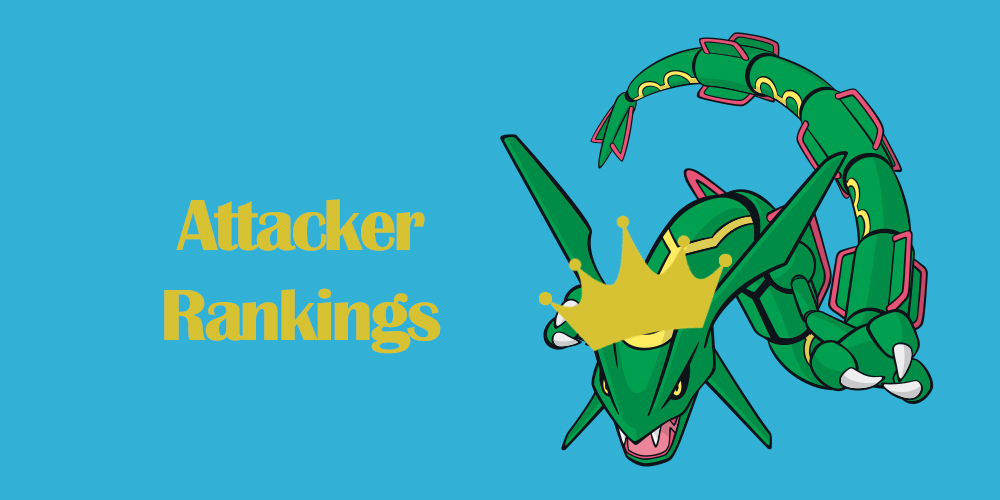 You can judge by simply reviewing the table who is likely the best generalist, but whenPokémon are listed that have different movesets, that is when it gets more confusing. I do not consider aPokémon with different moves to be the same fighter, since it would require the use of multiple TMs and would be highly impractical. With this in mind, the table listed below has been setup to distinguish those from each other. In addition, any Pokémon with movesets like “Kyogre WF/Bz or WF/HP” was altered to only have the single WF/HP moveset because its occurrence was repeated. Similarly, those that had “any” as a moveset were combined with another. For example, Mewtwo Any/SB was combined into Mewtwo Co/SB with the thought that if “any” will do, then make it Co and have a better generalist.

Here in the “Raid Score” table Rayquaza is the clear winner at 71 points while Salamence trails at 58 points.

A similar pattern is repeated in the “DPS” Table. Rayquaza comes in first at 69 points and Salamence trails at 59.

Looking at the “Overall” table Rayquaza remains #1 at 56 points, but Kyogre is right behind him at 55 points.

However, with the “TDO” table, our three table winner, Rayquaza, falls to #21 with only 3 points, while Blissy leads at 80 points and Lugia next at 70 points.

With this information, it becomes easy to identify who provides the most benefit by taking this data one step farther and by summing up all the points to see across all four tables. Rayquaza leads with 199 points and Salamance trails at 152 points.

So there you have it. Rayquaza repeatedly comes up as the go to MVP. Hopefully, you have a lot of Rayquaza candies left over and can power him up to aid you in the future raids. Aside from learning that Rayquaza is the MVP, we can recognize easily that the legendaries are that for a reason. When in doubt on who to power up, select a legendary. Once you have a good solid team, then you can begin to specialize. Until then, a good well rounded team will help you get that damage bonus and extra balls more often.