Underrated Prestigers #7: Hatching Pineco is not as bad as it seems (aka Forretress the Snorlax slayer) 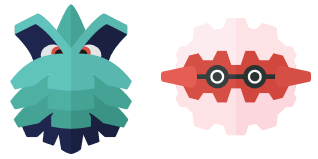 So you were disappointed because half of your last six 10km eggs were Pineco.

However, the good news is that two hatched Pineco make a Forretress in the 1260 CP range, which is half the CP of the typical gym bottom defenders in many areas.

The even better news is that Forretress with Bug Bite / Heavy Slam is an excellent prestiger.

Bug/Steel (the same typing as Scizor) is an interesting typing: it resists Normal, Ice, Poison, Psychic, Bug, Dragon, Steel and Fairy, it double-resists Grass and it is only vulnerable (actually double-vulnerable) to Fire. Steel’s vulnerabilities to Fighting and Ground are compensated by Bug’s corresponding resistances.

Heavy Slam is not incredibly good (only 140 DPE) but it’s fast enough (2.1 seconds) to allow dodging most charge moves, making the BB/HS combination quite powerful.

Earthquake and Rock Tomb, mediocre charge moves and even without STAB, are just plain terrible.

According to my CP efficiency calculator, here is the relative performance of Forretress (in terms of combined time and revive efficiency) against some of the most common gym sitters:

*Forretress against Blissey might time out, so don’t try for 1000 prestige and don’t use against 2700+ Blissey.

– Not suitable against Gyarados because both Bug Bite and Heavy Slam are NVE.

– Due to its double vulnerability to Fire, stay away from Tyranitar/Slowking with Fire Blast and of course from Flareon and Arcanine.

– Forretress is not very fast, therefore it may time out against a high-level Blissey.