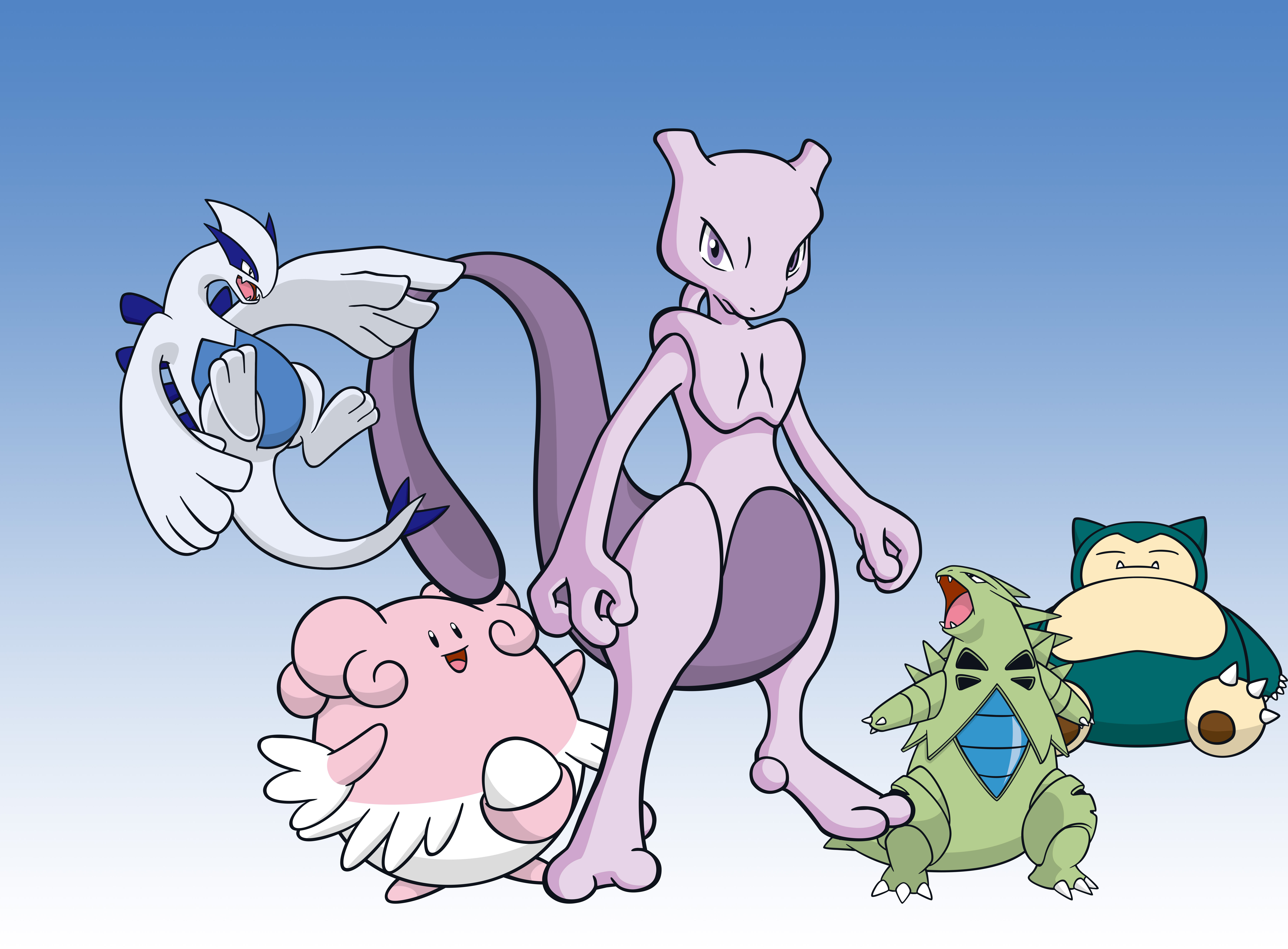 Do you want to know how to maximize your damage ball bonus?

Want to know if you can theoretically do a solo raid or how to set up a low party raid clear?

By using the Pokebattler raid tool, along with some math, you can figure this out! Watch the video to find out how!

The video goes into in depth detail on how to maximize your bonus balls. It also shows step by step instructions on how to use Pokebattler to analyze your own Pokemon in detail and figure out wether you have what it takes to get 3 bonus balls, 2 bonus balls or whether you are stuck with just 1.

This is an easy one. For most Mewtwo raids, you should be splitting into an Instinct, a Valor and a Mystic team. Each team should split into groups that each have enough damage to beat the boss. For other raids, splitting into reasonable size groups with each group stacked to one team or the other could help players get 2 or 3 bonus balls and most get the team bonus.

How do you know if you can cross this threshold? 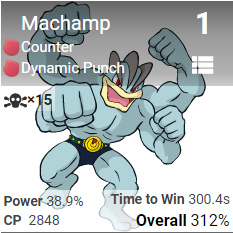 Here we have a level 39 Machamp vs a Tyranitar raid boss with Iron Tail and Fire Blast using the “No Dodging” strategy. 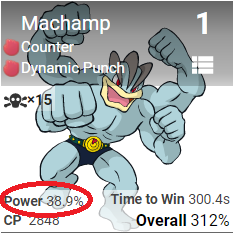 Machamp’s Power here is 38.9%, which represents that 6 Machamp, all level 39 and with this move set, against an Iron Tail Fire Blast Tyranitar, using a “No Dodging” strategy will on average deal 38.9% damage to the raid boss.

That’s great and all, but what if you only have 1 level 39 Machamp with this move set?

You can determine a single Machamp’s individual performance by dividing 38.9 by 6, which is roughly 6.48. This suggests that on average, 1 Machamp under these conditions will on average deal 6.48% damage to the raid boss. 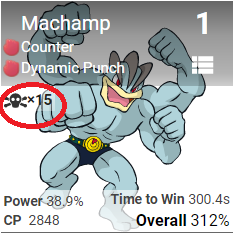 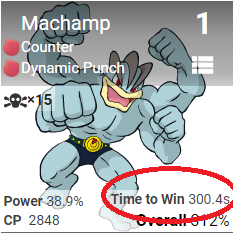 Time to Win on the other hand is based on how many Machamps it would take to defeat the raid boss alone (with other weights added in to simulate being with other attackers). The skull and crossbones (i.e. “# of deaths”) represents how many Machamps that would take. To find out the individual time it would take a single Machamp to faint under these circumstances, on average, you would have to divide Time to Win by the “# of deaths”+1(to represent the Machamp still standing). 300.4/16 results in roughly 18.78 seconds.

What this suggests is, a Machamp, under the conditions set by the simulation, on average will deal 6.48% damage to the raid boss Tyranitar in roughly 18.78 seconds.

Multiplying this all by 6, assuming you’re using 6 of the same exact Machamp, you’d find you’re dealing ~38.9% damage to Tyranitar in ~112.68 seconds. This suggests that you have enough time to beat the raid boss with 3 friends, but not 2 (unless you can quickly revive and jump back in).

Bonus ball optimization is a useful tool for small groups and for making the most of what you have. Just make sure you’re using it properly and wisely! When you split up in to groups, make sure you are thinking about team contribution, and that each team has enough damage to beat the raid. It is better to guarantee 2 bonus balls for yourself and to secure the win than to take too small of a group and not get Mewtwo at all! And remember, Mewtwo is pretty easy to catch, so please don’t badger less experienced and equipped players to attempt risky party compositions for an extra ball or 2.