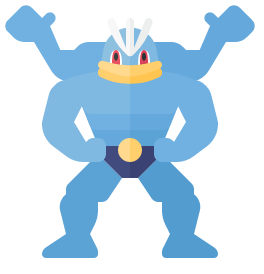 I finally have version 3 of my ranking lists ready for release! You can read my 2 previous ranking list attempts here and here.

One quick note before we dive in… I will not be significantly updating the attacker and defender list for the time being. It was fun to theorize about who is the best attacker and defender, but based on how the gym system works, a trainer really only needs to know how to defeat the Big 7. Until they rework how the gym system functions, I’ll simply just release the best prestigers and counters to use versus high CP Pokemon.

Here’s a link to the attacker/defender list for those who haven’t had a chance to browse:.

Defender List Update: Recently, GamePress released a defender list that looked quite intriguing. Their rankings obviously differ from mine as they considered CP and have their own proprietary formula. Thus, I made one simple change to my ranking list by multiplying my defense duel power rating (Column AD) with the CP of the mon in question (see DDPxCP [i.e. Column AC] in the defender_list_unique tab).

The results? The ranking looks nearly identical (including moveset) for the first 15 of 16 ranked Pokémon. The mons listed in their Tier 4 seem to divert from my ranking list, but can be found by looking up mons using my original defense duel power rating. Neat stuff!

Updated dodge parameters and dodge ability bonuses. In general, I still keep the chance of dodging a fast/charge move between 25 to 75% chance, which defers from the typical DODGE ALL PRO strategy in which it’s a 100% dodge chance on that setting. Keeping the dodge chance between 25 to 75% chance, imo, makes it somewhat more realistic. It’s scaled linearly off the damage start window of the defender’s moveset. On attack, quicker fast and charge moves get a slight bonus and the bonus is scaled inversely proportional to its cooldown length. Essentially, faster moves are easier to use and can more likely allow trainers to dodge in battles.

Re-worked how I define duel power of a mon. After reading some posts on Silph Road, I came to a sort of epiphany of how best to represent duel power. On Pokebattler, power is defined by the % DAMAGE OUTPUTTED / % DAMAGE TAKEN. This is one way to define power and probably the most intuitive. You want to dish out the most amount of damage, while taking the least amount of damage. However, it doesn’t take into account the time of the battle. Some trainers have noted that they rather have “less power” as long as the battle doesn’t take an extended amount of time to complete.

CP of prestigers is now half of the defender’s MAX CP at level 30.

Similar to my previous spreadsheets, there will be four tabs.

In each list, you will see 3 main columns to define power:

This is the most intuitive way of defining power. Simple and to the point. Best back-to-back battlers as the mon will be able to go into the next battle with some health remaining. The overall battle time will be longer and favours high HP/DEF mons. Good if you have time on your hands.

The primary drawback of this metric is that high DPS but low tankiness mons are at a disadvantage. If you want to finish the battle in a lower amount of time and don’t care about potions, consider the next metric…

This metric is for trainers who want to just DPS as fast as possible. Here are your “glass cannons”. I would use this metric if time out is a problem versus super tanky mons (for instance against Blissey or Snorlax). The overall battle time will be shorter and favours high ATT mons. This metric is also super useful if you are a PRO Dodger. The disadvantage here is you’ll be “wasting mons” (since your battle party can only have 6 mons) and will less likely be able to proceed to take down the rest of the defenders in the gym. Will need a bunch of revives.

To account for both power and speed, I simply took the geometric mean between the above two metrics. This ranks mons who damage at a decent DPS well, but can also tank a couple extra hits due to good HP or Defense. Best of both worlds (except in the case against Blissey) and potion efficient.

Sort the lists based on any of these 3 metrics, based on your preference of battle (power, speed or powerXspeed). I will list out the results below, but I strongly encourage you to look at the spreadsheets yourself.

For example: I personally do not own a Dragonite for countering, nor do I own Machamps/Tangelas for prestiging. I often how to scroll down far down the list before I see a more common but still strong prestiger/counter.

(If someone wants to provide the rankings based on just power or just speed, leave a reply)

I’ve listed the Top 5 mons from each spreadsheet here. I’ve listed Top 6 for counters. I’ve hid Blissey (Pound/Hyperbeam) when it shows up as this is a unique case. If a secondary moveset has almost the same power metric (<1% diff) I’ve also listed it. Please view the spreadsheets for more information.

(For Blissey, I’ve listed here the mons that rank highest using the Speed_Only metric due to Blissey’s imbalanced tankiness and fear of timeout. To be honest, I’m not even sure if it’s viable to prestige with half CP mons versus Blissey as it’s super difficult to prestige against her).

(For the rest of the mons here, I’ve listed the mons that rank highest using Power X Speed metric. Feel free to rank by the other metrics based on your battle preference. Let me know if you think one is better than the other).

Machamp (Counter/Dynamic Punch, but other movesets are fine)

Vaporeon (Water Gun/Aqua Tail, but any moveset is fine)

Dragonite (DB/DC, but any moveset is fine)

Explanation for some Charge Move discrepancies

So some of you will probably notice in the spreadsheets I give priority to charge moves like Seed Bomb or Aqua Tail over Solar Beam or Hydro Pump despite having lower DPS. There are two reasons. Firstly, the latter charge moves can have a higher cooldown period, which means it’s harder for a trainer to dodge attacks/continue DPS-ing. Secondly, using charge moves that require less energy provides more flexibility for the trainer. You can unload it all at once, or you can unload it as soon as you want. There is a lower chance of “wasted damage” or overkill or “un-released damage” that are often associated with 1-bar charge moves.

I’m only a one-man army, but as always:

Alright, so that’s it. I won’t be updating these lists in the near future anymore. I’ve had a lot of fun working on them, but this is it, until the next gym update. Hope you’ve enjoyed my lists and have found them insightful!