Gen 2 Release: Here’s what we know 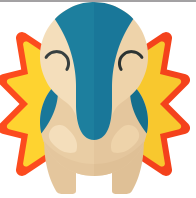 Blissey tops almost all our rankings and makes the likes of Dragonite and Snorlax look like a chump. If you were lucky enough to get at least 50 rare Chancey candy, do not hesitate to evolve your best Chancey. If not, now’s the time to walk your Chancey! Even the worst moves on Blissey are still going to kick butt in the gym.

Over 80 New Pokemon, Including some seriously strong new Attackers and Defenders

There are lots of new weak Pokemon

At one night at the pier we managed to catch multiple Hoothoot, Murkrow, Slugma, Marill, Houndour, and Snubbull. Each area has it’s own junk Pokemon, like always. But they’re new! And you gotta catch ‘em all, right?

Some of Gen 1 has been Nerfed

Lapras, Poliwrath, Slowbro and even Dragonite have been nerfed, with moves taken away or weakened. Wah.

People are estimating that about 70%-80% of Pokemon come from Gen 2 right now, making it easier to catch some new guys, which is fine by us.

The Razz berry has finally been made useful, changing the color of the capture ring to be easier. So a red ring is now orange, a yellow turns green, etc making it significantly easier to catch pokemon. The new Pinap berry gives you double candy when used to catch a pokemon. And the Nanab berry makes pokemon calm down and become easier to catch. However, you can only use one type of berry at a time now.

You may have noticed by now that your pokemon may move side to side on the screen adding an additional layer of difficulty to capturing them. They’ve also added an extra 50 point bonus if you catch a pokemon on the first ball, and something we don’t fully understand yet called, ‘Critical Capture,” but happens when you catch a Pokemon after the ball only shakes once. Also, capturing evolved Pokemon gives you 5 candies or 10 if its a stage 3 evolution instead of 3. Booyah. You can also now catch Gen 2 babies out in the wild, whereas you could only get them as eggs in Gen 1. They’ve also updated the UI for changing balls and adding berries which is definitely an improvement.

Rumors are Hoothoot, Sentret and Yanma can turn into dittos.

The Eevee naming trick works on Gen 2 too

To turn your Eevee into an Espeon, name it Sakura. For Umbreon, name it Tamao. Make sure you close your game and reopen it and make sure the names are still there before you evolve.

Rumor has it this may matter and another update may allow breeding, so you’ll want to try to get both genders of your pokemon. We’re definitely going to need to buy more storage!

To make matters more complicated, many of the new evolutions require rare items you can only get from Pokestops. We managed to get one Sun Stone after spinning like 100 pokestops. So yeah, they are pretty rare.

Here’s what you need: