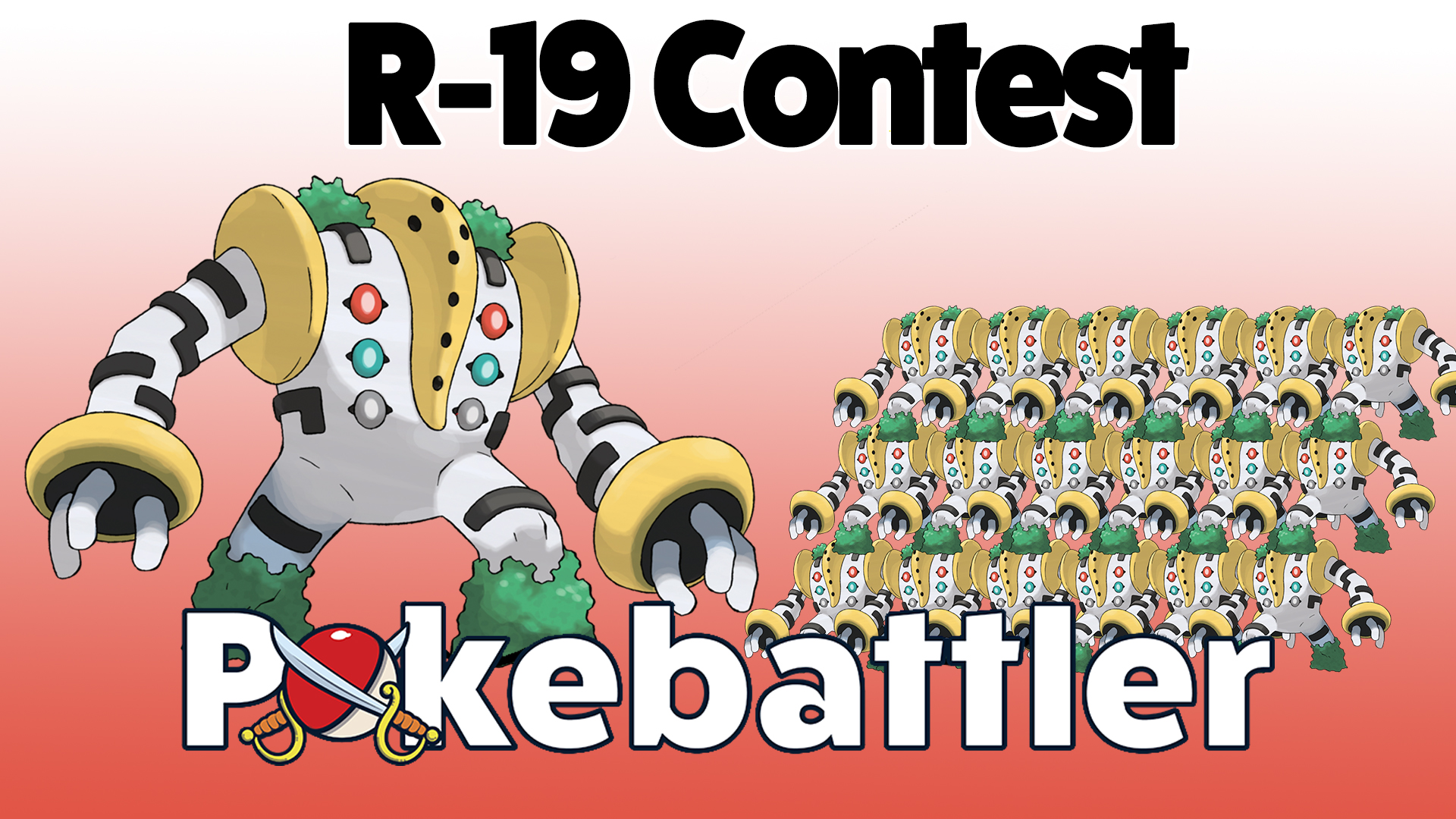 Congratulations to the winners!

The Pokebattler R19 contest was completed on the final day by a team from the PogoRaids Discord. 45 attempts were done by 7 different trainers, leading to the final successful attempt. No weather boosted moves were used for this successful raid.

Congrats to the team!

Pokebattler is proud to present our next contest – the R19 Contest! Where between 3 and 6 players must use exactly 18 Regigigas total to defeat one Regigigas raid boss.

The contest begins now and ends once Regigigas raids end on July 2nd. The 3-6 winners will each win this extremely stylish Regigigas T-shirt that will also be available on the Pokebattler store later this year (but the winners get early access).

First team to submit videos first wins! We must receive a video of each player of the raid and videos must show weather.

The image of the winning t-shirt

Artist rendition of a successful victory