Update! Massive Bug with Pokemon Go Megas: All Megas have their power ups applied twice for up to 145% buff! 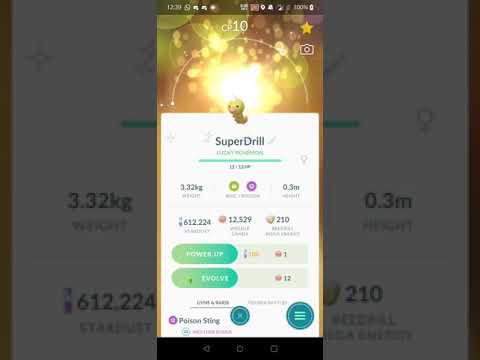 Pokebattler published an article on Friday evening with evidence of what appeared to be a 85.9% mega boost being applied in some situations.  This article was a week worth of work attempting to narrow down what was going on. Additional research both by ourselves and others has happened and our theory regarding move types was (GASP!) wrong.

The Curious Case Of Mega Beedrill

Due to the way damage formulas and counting attacks work, it is very difficult to validate theories, especially when you can only find 1 Pokemon that it applies to!  It turns out the Pokemon that was reliably repeating the damage boost was a level 1 starter that has been leveled up to level 40 and then best buddied.  So that means, there almost certainly is only 1 bug not 2.

As of 9/13/2020, the following are the current Mega Pokemon mechanics and Bugs

Effect of this bug can be calculated using this spreadsheet from Shiva:

Is This A Bug Now?

The double power up bug is absolutely a bug of course which we expect to be fixed. Normally server side CPMs and damage calculations are not shown directly to the player. In this unusual case, it was exposed which made figuring out what was going on much simpler and certainly less annoying than counting attacks in videos.

The real question is whether Megas should boost themselves or not. Currently, there is text that displays when the mega enters the raid that states that the moves should be buffed, but they are not. This makes Megas significantly less powerful in solo situations but is certainly confusing to the player. Why show a message that says moves are boosted when they are not?

20 different raids were performed and analyzed. All mechanics have been fully confirmed and are 100% reproducable.

See the full spreadsheet for all the gory details

Our first example shows an enormous 88% buff.  It takes 24 Infestations and 12 X-Scissor for a level 44 Mega Beedrill to defeat the Absol.

Our third example confirms that megas receive a 30% boost from other megas. A level 31 never powered up Mega Venusaur gets a 30% boost from his buddy. It takes 18 Vine whips to defeat the Kirlia.

Our fourth example confirms that megas do not receive a 30% boost from themselves despite combat text that says they do. A level 31 never powered up Mega Venusaur gets no boost from his buddy. It takes 30 Vine whips to defeat the Gothica.

Our final example confirms that megas receive a combined 145% boost from other megas plus the double power up bug. A level 44 (once level 1) Mega Beedrill gets a 30% boost from his buddy. It takes just 10 Infestation and 4 X-Scissor to defeat the Absol

Whether these bugs remain for any length of time, or Niantic decides to fix them in the very near future remains to be seen. In the meantime, if you happen to be able to take advantage of this bug, it may make for some pretty entertaining videos of you pulverizing your opponent. We expect some very crazy duos to come out in the next few days until this is patched.  Hopefully Niantic will agree that Megas not buffing themselves is confusing and should also be fixed.

Thanks so much to Shiva, Olafbrows and CzystyBeton for their hard work and raid passes  This sort of research is long, slow and arduous but the result is appreciated by all!

PS. Due to popular demand the Pokebattler Raid Party App now also has a mega toggle.