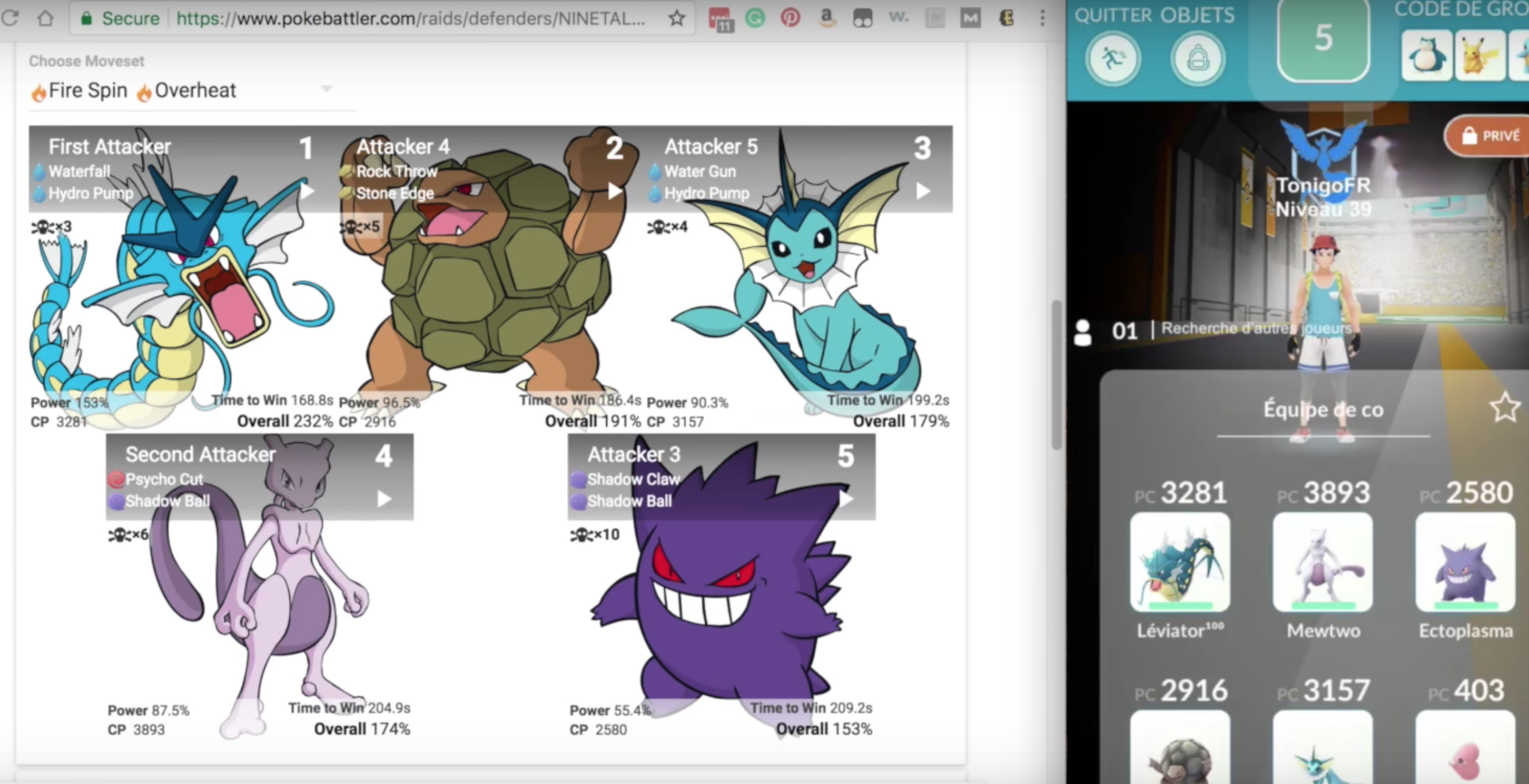 This video was graciously shared with us by Trainer Florent, hailing from Belfort, France (where apparently he’s a local Pogo celeb). He had a very unusual lineup that managed to beat Ninetales so we thought this video was worth analyzing for you guys. His lineup is: