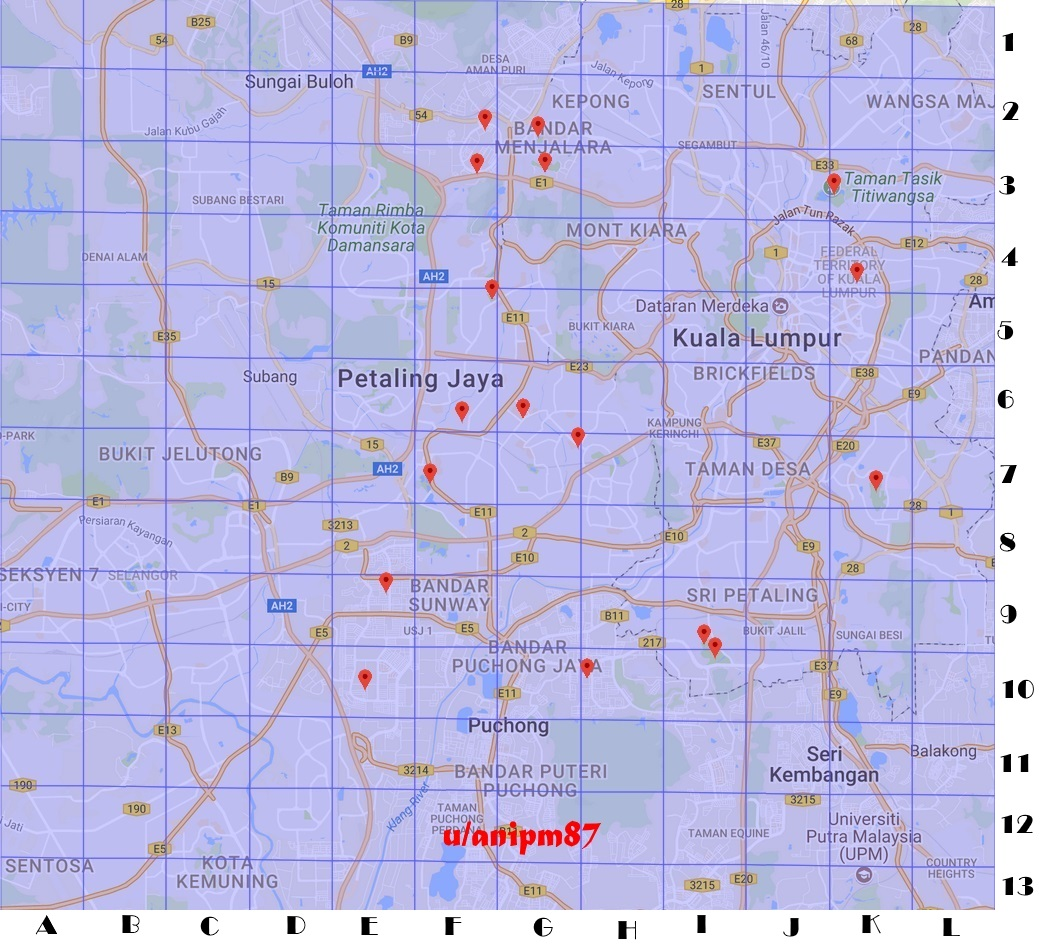 When EX Raid was first announced, it was not clearly communicated to us how to obtain the elusive EX Raid pass. But on 21st November, Niantic announced the end of Field Test and made EX Raid official. This also came with announcement to do raids at parks and sponsored gyms for better chances of getting the EX Passes.

Thus, every player out there started raiding gyms at parks and sponsored locations.

About 7 days ago, redditor /u/Cooleach posted something about EX Raid gyms being in S2 cells with min and max level 10 at https://redd.it/7jyewi.

Reading the comment and discussing with my local group on how EX Raids are distributed led me to do some research on my own. This post is my result of using S2 cell with min and max level 12 and to my surprise, the number of gyms that hold an EX Raid at one square is either 1 or 2 only.

To begin, the data were taken from local groups and Facebook pages where trainers reported getting their EX pass. The data collected start from 11th December, because this is when the EX pass no longer had “field-test” written on it after Niantic’s announcement on 21st November that the field test is over. I would like to point out that data observed are limited, not everyone reported getting EX Raid passes,

We begin the observation from this first picture from 11th Dec wave.

This second picture is from the 18Dec wave 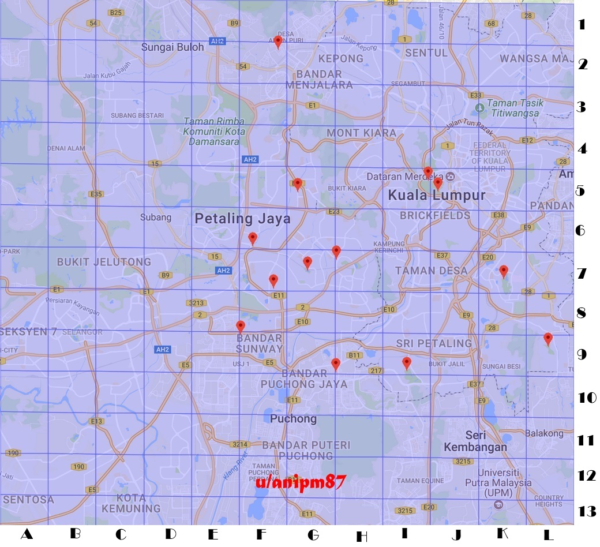 There are several observations with this. No 2 gyms are within a single square. Also, the EX Gyms in 4K and 3K aren’t available for EX raids on 18Dec, but were available on 11Dec. Also I observed in 7K, 9I and 9L squares, where different gyms on same park had EX Raids occurred on 11Dec and 18Dec.Theses two different observations lead me to hypothesize that within a single square, where a single popular park is located that has more than 1 gyms, the gyms in that park will be rotated as EX Gyms, but if the square has only 1 park and 1 gym, the gym will rotate every other week. In the case of the 4K square, only 1 park is available which has only 1 gym in it, which is why there are no EX Raid there on 18Dec, but return again on 25Dec wave.

The third picture is from 25Dec wave today, https://imgur.com/a/ShuCc 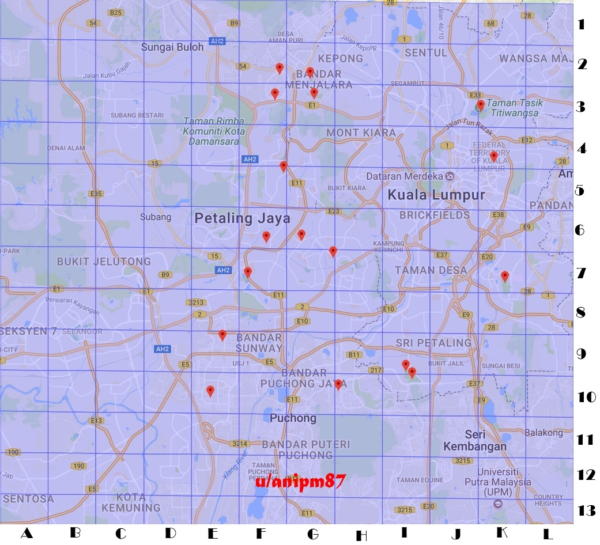 An anomaly was observed at 3K, where the same gym was chosen, even though there are 2 gyms inside the square. Another anomaly is at 5H and 5J square, the park has several gyms inside the park within a single square, but somehow none were chosen in 25Dec wave. This could be either because the other gyms did not meet the requirement to become EX Gyms or trainers that received passes did not report it or something… only Niantic can answer. More observations and data is needed.

I also would like to show EX Gyms distribution of our fellow neighbour down south, Singapore. The data is collected from the FB page of Singapore POGO for 25Dec wave only. However, fellow Singaporean Trainers, please double check my observation, I might have miss or add something wrongly, let me know and I will edit it!

The Singapore S2 cell with level 12 can be see here: 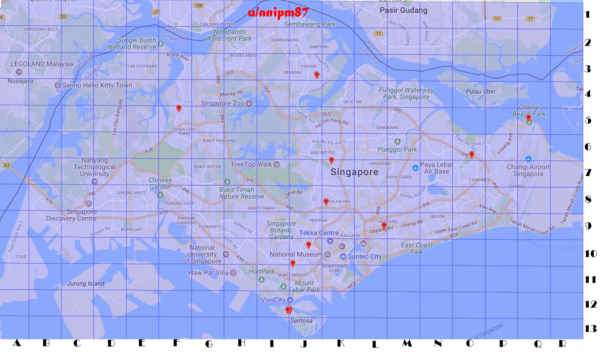 Again, observe there is only 1 gyms per square using level 12 S2 cell. Most interestingly we see square 12I and 12J, where you can see 2 gyms located very close to each other that both got EX Raid invites because they’re located in different squares.

What can be made from this? Well, for me, it’s a chance for local trainers to target gyms on park features inside squares where no EX Raids happened yet. If the theory holds true, you can actually triggered EX Raids and target specific gyms only.

However, this will not help your chances of getting EX passes even though you had targeted all potential EX Gyms, that is something only Niantic would know.

Edit 1: redditor u/Uraxor has posted some interesting points on How to Maximize Your Chance of Getting EX Raid

Thank you for reading. Hopefully, this helps in some way.