The Most Useful Pokemon Including Gen 3 Infographic 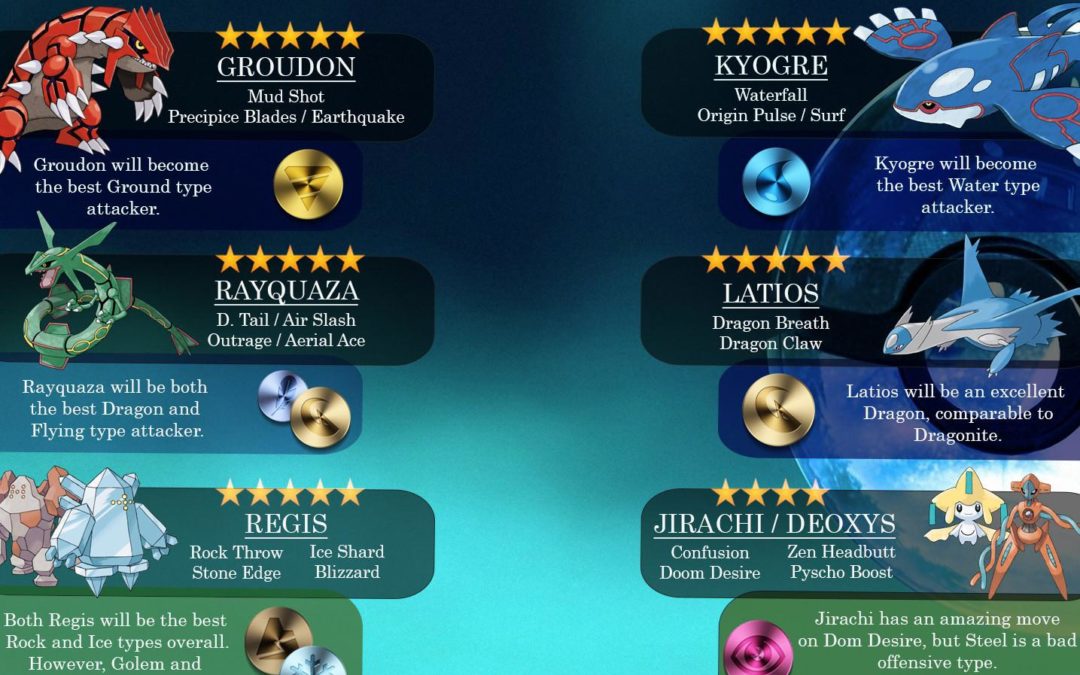 /u/ControvT made an insightful post at ground zero for Pokemon Go analysis, www.reddit.com/r/thesilphroad, using Pokebattler for the analysis. They graciously gave us permission to post it here for your reference. Lots of interesting new Gen 3 mons, although most of them aren’t available yet (boo).

Metagross in gyms, as an attacker it resists every Blissey/Chansey and non-EQ Snorlax/Slaking. Its attacks are crap (Flash Cannon specifically), but it’s sky-high Attack stat and great bulk will make him a great generalist and late-gym cleaner. As a defender, it resists or gets neutral damage from Dragonite, Tyranitar, Salamence, Machamp and non-Shadow Ball Mewtwo. Fire Types will likely become more used if you don’t have a good Mewtwo.

The weather trio: Groudon, Kyogre, and Rayquaza, even after a 9% nerf, will be largely the best Pokemon in the game alongside Mewtwo and Tyranitar.

Salamence will be comparable to Dragonite in raids, but Dragonite will be preferable in gyms due to Outrage being a two bar move.

Slaking will get great durability and has the highest CP in the game, likely making him a very popular choice in gyms, even with the fast decay.

Slaking with Play Rough and Gardevoir will likely minimize Dragons attacking gyms, leaving that job to Mewtwo, Tyranitar and Raikou.

Flygon is comparable to Rhydon, and much more dynamic having Mud Shot and resisting Electric attacks x3.

Gardevoir as an attacker is the most durable choice against any Dragon Type.

Milotic is a better defender than Vaporeon, as Waterfall surpasses Water Gun a lot.

Hariyama is an excellent Fighting type attacker. With gyms likely being overrun by Slaking, Fighting types will be more useful than ever.

Finally, a Pokemon from previous gens who has risen to glory is Gyarados, now the Water Attacker with the highest DPS and very decent bulk.

Now to the Infographics! 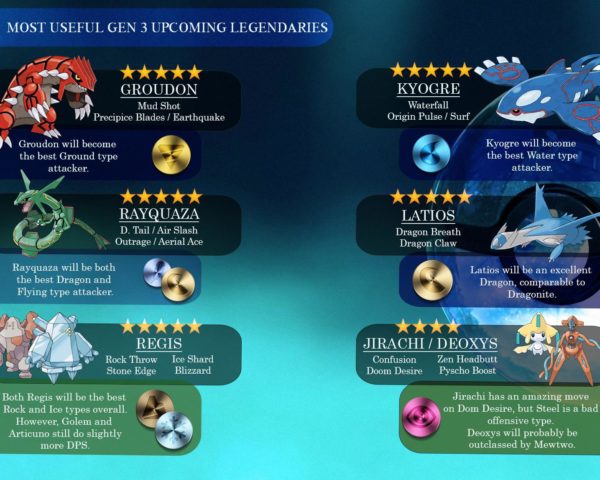 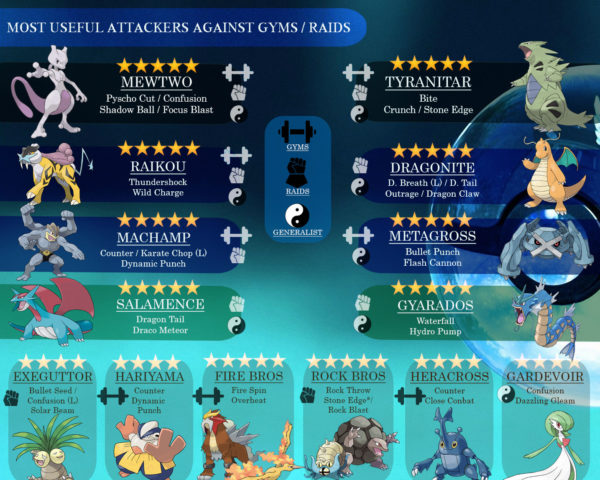 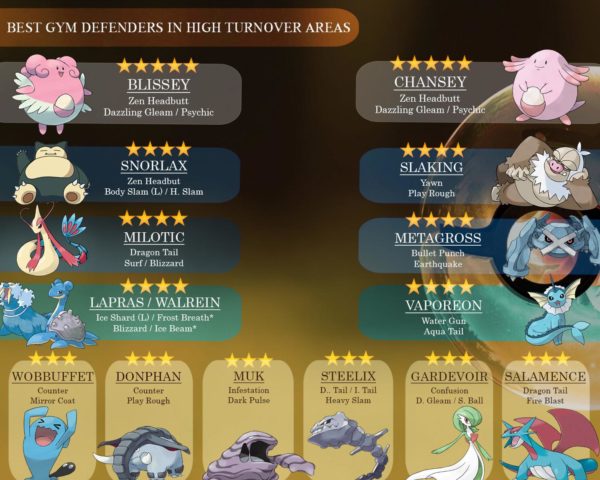 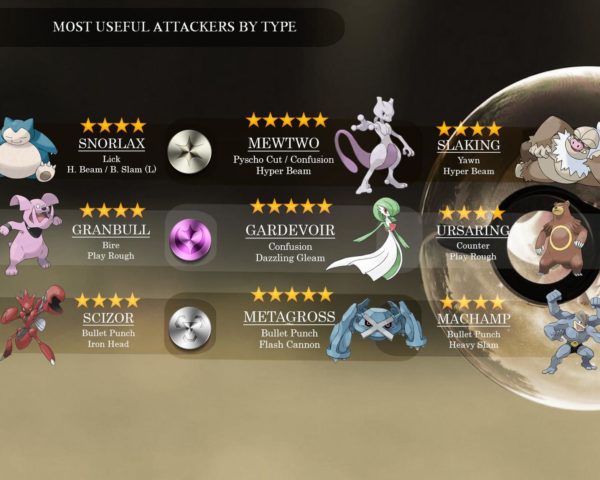 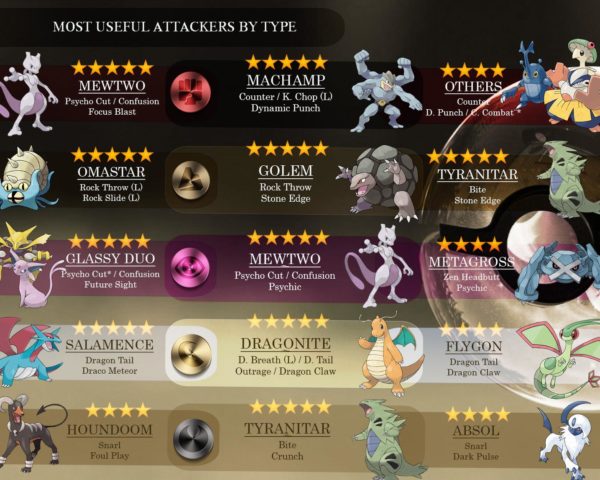