A Further Look at the Attack Stat by Type 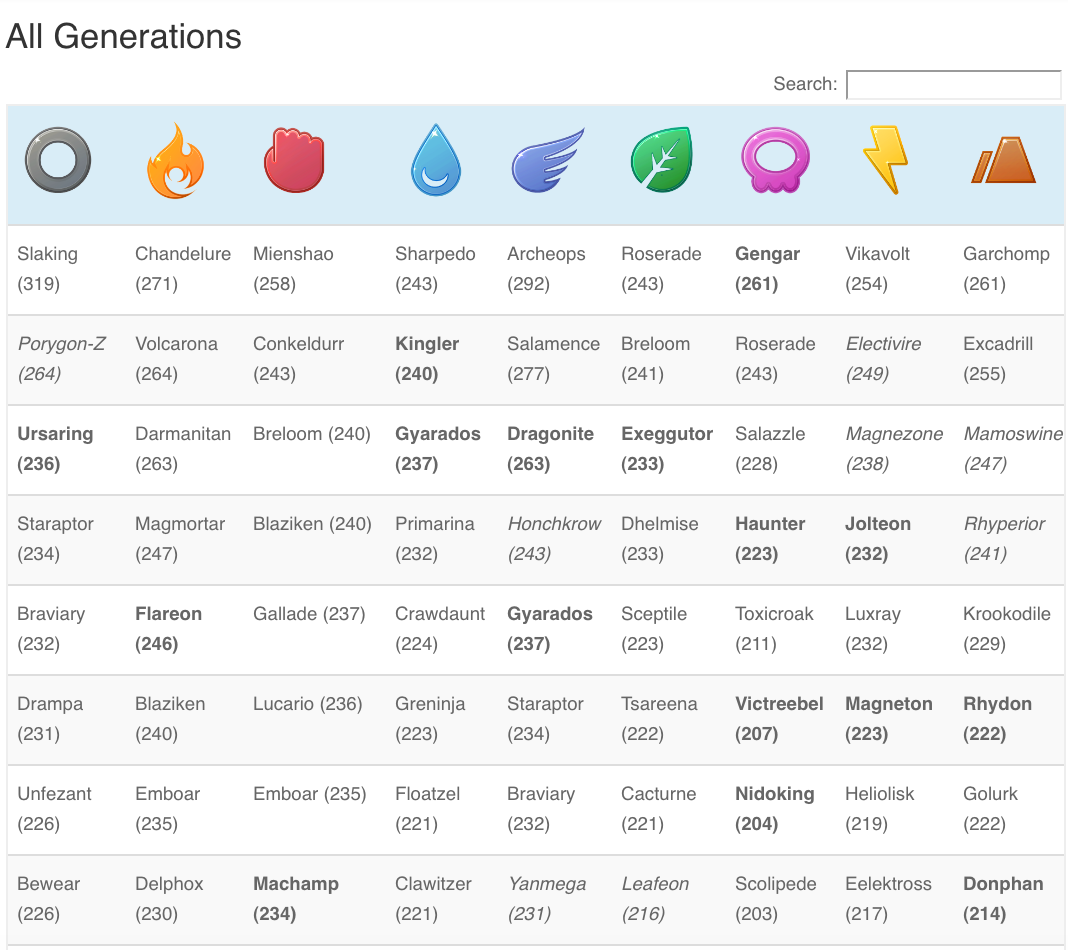 This was inspired by this post to work as a follow up on my first post about looking ahead at the attack stats by Pokemon type for each generation as we go.

I will start with the current situation as we have it now and step through to cover each new generation as it would launch looking at just the Attack stat for each Pokemon. This is not a measure of DPS because movesets play a huge roll in that (as you will no doubt see). This also does not look into tankiness to suggest if one Pokemon could deal more damage by lasting longer, it’s just a look at the attack stat. Additionally, this is not looking at Legendaries because otherwise the chart would be almost exclusively legendaries where available.

This is the current setup of Pokemon Go. A couple things you might notice:

This is what the setup will look like when Generation 3 is released. Some things to highlight:

This is what the setup will look like when Generation 4 is released. Some things to highlight:

This is what the setup will look like when Generation 5 is released. Some things to highlight:

This is what the setup will look like when Generation 6 is released. Some things to highlight:

The last Generation thus far, Generation 7 would be the end until more generations are released for the handheld games. Some things to highlight:

Taking a step back to look at everything as a whole, this gives you a good idea of what Pokemon will remain useful and what Pokemon will be outclassed later on in future generations. Pokemon like Gengar and Alakazam are the strongest and will remain so. Others like Ursaring, Gyarados, Kingler, Pinsir, Scizor, Dragonite, Espeon, Exeggutor, and more will stay in the top 10 of their respective types. Others like Rhydon, Electabuzz, Sneasal, and more will not only remain relevant but can also evolve once more to become even stronger. Lastly, not really pictured but Pokemon like the Gen 1 starters, Pinsir, Scizor, Houndoom, Gyarados, Tyranitar, and others will potentially get mega-forms which will leave them with legendary-esque stats. We don’t know how or if Megas will be included but it is always worth keeping in mind.