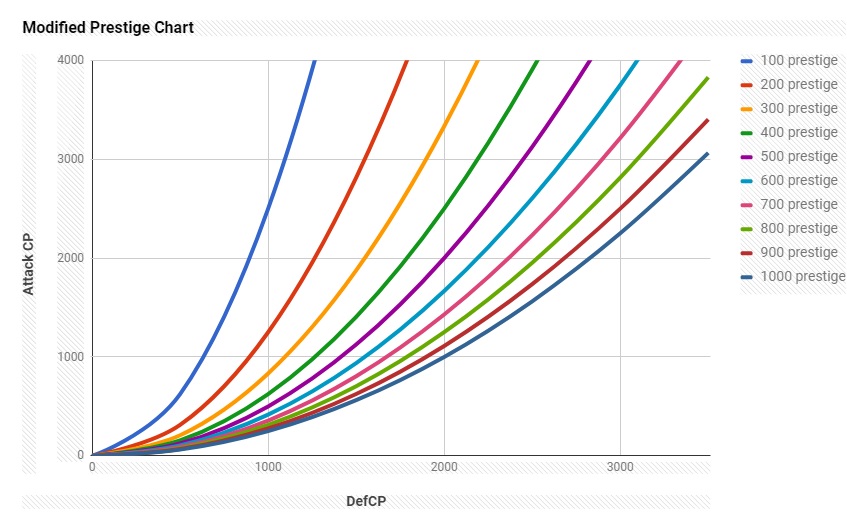 Once again, Pokebattler has been updated with new formulas in our attempt to balance the prestige issues. As you will recall from the first article, there are quite a few issues with prestige in the game. As you will see, a very simple formula fix and a UI tweak will be all it takes to make trying to prestige a gym less annoying.

Bubble Strat is the name for the general strategy of prestiging a gym up 1000 at a time while taking 0 damage. It used to involve a CP 20 Bubble user vs. a high attack power Digglet. Niantic, in all its infinite wisdom, nerfed Bubble and replaced it with multiple other slow attacks. It’s exactly the same problem once again.  That said, that isn’t the real issue with Bubble Strat. The real issue with Bubble strat is the bots.

Bots that prestige up a gym in minutes while taking 0 damage are a plague on the gym scene in many areas. I have a borderline irrational hatred for bots and cheats of all kinds in this game. Note that Niantic has gotten very good at banning bots before they get high level so the bots do not tend to have great Pokemon nor high CP Pokemon.

The harder the defender, the less the reward – or at least at most an equal reward. Defeating a 2000 CP Pokemon gives you the same boost as a 3000 CP Pokemon but it’s far more difficult. If only you could be rewarded for the challenge!

Picking Attackers is too Slow

The more Pokemon you have, the more impossible it is to select the Pokemon you want to get prestiging. Sure you can star your pokemon but then starring cant be used to prevent accidental transfer!

Non-experts have no idea how this whole system works or how to optimize their time. If they never find a good website to explain it to them, they will remain ignorant forever and most likely give up on the game.

Just like in the previous article, we are assuming there will be no major changes to gym combat other than enforcing unique Pokemon defenders and the change to Super Effective. In my opinion, they should remove the feature entirely and dramatically change the way things work but we are keeping things quick and dirty here.

The formula is currently split into 2 pieces: one if the attack is higher than the defense and the other if it is lower. We will replace that with a single formula and add a multiplier based on how much CP the defender has. This fixes most of the issues without changing anything dramatically.

Effect of the formula:

So we took out the second half of the formula that makes it a bad idea to try and prestige if your pokemon is even 1 cp higher than the defender. We also weighted it heavily with the defender CP. There are 2 things to look at, the high defender CP case and the low defender CP case.

As you can see, the amount of CP you need to gain 1000 prestige drops as the defender Pokemon gets higher level.  A 3000 CP defender can be attacked with a 2250 CP attacker for max prestige and gets around 750 for an equal level attempt. Also importantly, at 1000 CP you need to attack with a 250 CP Pokemon to get 1000 points. This is simply not feasible. If you attack with a 500 CP Pokemon you would only get 500 CP.

And here is a zoomed in version of the bubble/ghastly fix and bot fix all in one.  There is almost no CP to be gained by a bot and even with the immunity strat from the changes, it wouldn’t be that much. That said, immunity may end up being a problem in the end so we may want to tweak the formula at some point.

Lets make it easy to find Pokemon to prestige with and explain how prestiging works in one swoop.

Look how easy that is. We have a list of pokemon we can use that will give us the desired prestige and a drop down to select lower targets.  This UI may look familiar to those familiar with the site, its the same drop down from the prestige tool added with masterful MS Paint skills to the pokemon go selection screen.

These 2 changes are almost as trivial as the first ones – nothing super imaginative here. Just a straightforward weight for prestige based on CO and a simple drop down in a UI with a filter. And yet the combination of the 2 fixes all the issues we were hoping to address.

Is this everything? No. Prestiging is still unfriendly to beginners. Or perhaps it is now too easy for high level players to prestige up a high end gym. The formula can be tweaked further of course but hopefully the general principle makes sense to everyone. As I keep saying, it should be removed as a mechanic. But if it is to remain in the game, a few simple tweaks would make the experience less abysmal.

Happy Fathers Day to all the dads!

Please make sure to tell your father and grandfathers and their fathers if they are still around how much they mean to you. It means a lot to them.