Original games stats analysis: except for pseudo-legendaries, nothing is guaranteed 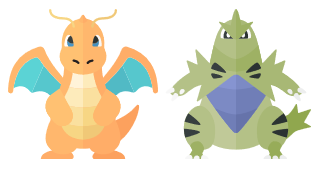 TL;DR: Dragonite and Tyranitar cannot be bad. Everything else can. Arcanine and Kingdra may improve a lot. Original spreadsheet here.

WARNING: There is a lot of speculation and guesswork here. At least guesses are data-based / educated guesses.

With the gym rework, there is an outside chance that the CP formula or the stats (or just the usefulness of each species) will change.

Therefore I analyzed the base stats of the original Pokémon games in order to guess how “robust” each species could be in case of a recalculation of stats/CP/ranking.

In this spreadsheet I have ranked the top 10 Pokémon by different stats combinations:

Some rankings may make no sense, but I have considered them all nevertheless, because Wynaut.

Then I calculated which Pokémon come in the top 3 or top 10 for how many combinations.

In addition I have ranked the top 10 by each single stat:

This is the final ranking (details are in the spreadsheet):